Behind the scenes of a bike photo shoot 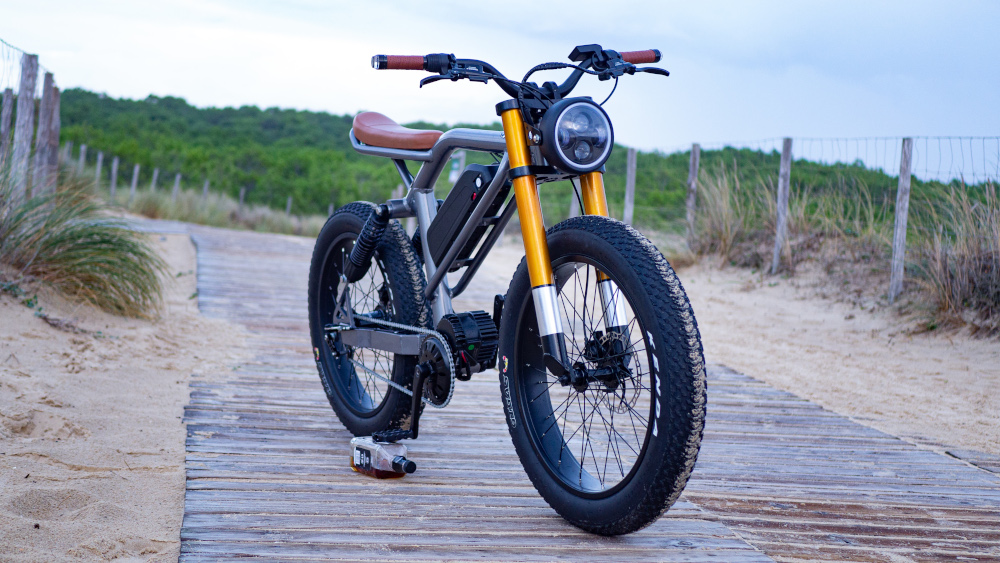 Showing Le Cafe Racer to its advantage is quite easy : its design and its motorbike’s origins give it an exceptional style. During our photo shoots we still try to leave nothing to chance : the light, the exposure, the perfect spot, the perfect model… We wanted to share with you what happens behind the scenes of a photo shoot when we try to show the bike in its best light. Hopefully it will help you wait until its release very soon.

The main actors of our photo shoots are members of Aevon Bikes team: salesmen, sales assistant, the workshop supervisor. For a few hours, they play photo assistant, beer provider or model. It’s generally easy to find people from the team ready to play the part.

This is well known : the ideal time for a photo shoot is at dusk, when the last rays of sunshine are still there or shortly after. The light is soft and the colours are warm, which gives a special atmosphere to the pictures taken. With a little luck, the sky is slightly overcast, that’s when the clouds take this special colour which makes for a beautiful background. Finally, there are less risks of overexposure and it’s much easier to get backlighting effects, especially if you’re an amateur.

We also tried to photograph Le Cafe Racer just a few minutes before a storm, which gives very special colours to our pictures. Very soon, we will unveil some pictures of the bike taken at night in the city of Bordeaux. The city lights perfertly highlight the bike.

We choose places where Le Cafe Racer will be used : in town obviously or maybe on the beach. The very large tyres of the bike perfectly fit a use in the city or on more unevent tracks. On the beach, we took advantage of the tyres full of sand to emphasize the purebred side of the bike. In town, the bike stands casually against a street lamp or a barrier so you can just admire it. Very soon, you’ll see Le Cafe Racer exposed in a specialized shop in Bordeaux, typically the type of place where the bike will be sold next Spring.

These sessions require a good camera and also a good photographer. At Aevon Bikes, we have a qualified photographer and a person qualified to edit videos so we can make movies of the bike, to make it alive until it’s released.

Behind the scenes of the beach photo shoot

The beach photo shoot took place on two days, to enjoy two different lights : on a splendidly sunny afternoon and just before a storm. The atmosphere on these pictures is totally different and both are as interesting.

During the sunny photo shoot, there was quite a crowd around us, watching the bike with interest and asking questions to our team. If you ever meet us, don’t hesitate to come and talk to us about bikes or cafe racers. If you’re lucky, you might even get a ride on Le Cafe Racer.

Just before the storm, there was no crowd at all and we were quite in a hurry to leave the beach before the rain began to fall. I must admit we all had to run at the end :-). All our photo shoots end around a drink with the team for a little debriefing.

Behind the scenes of the golden hour photoshoot

This photo shoot was a last minute idea : the light was perfect, the place to shoot was near our workshop and the team was keen to do it. It was still nice weather enough for our salesman to wear our Aevon Bikes t-shirt. This spot is an abandoned dock near the Garonne. We added a small car on the shooting just for our viewing pleasure. You own a bike shop, a motorbike shop or you’re managing a vintage cars place ? We’re looking for new spots for our next photo shoots before the release of the bike planned in Spring. Don’t hesitate to get in touch with Aevon Bikes team to discuss it.