Le Cafe Racer as an E-bike 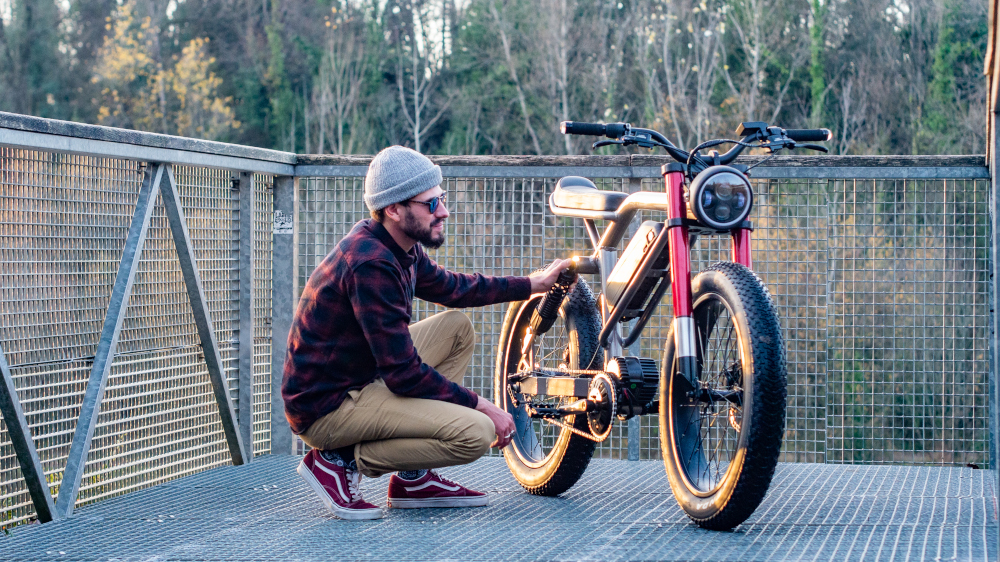 It’s official: the future will be ‘electric’!

Le Cafe Racer will be a standard bike and an electric bike. So you’re wondering: what will be the power, the torque, the speed, the autonomy? We’ll tell you everything.

When Le Cafe Racer will be on sale in the Spring, it will be first sold without a motor. You can use it as any standard bike, with the help of your legs.

But we will make sure its ‘E-ready‘. What does it mean? Le Cafe Racer will be designed to receive any middle motor BBS Bafang by Cycloboost. You’ll just need to fit your bike with a complete motor kit ready to be set up. Bafang BBS electric bike motors are motors to be fit on the bottom bracket. Linked to the transmission, they can multiply the torque. It makes them super efficient. They are silent, easy to use and they are enjoyed for their discretion and their perfect integration in the frame of the bike while lowering the center of gravity.

Le Cafe Racer 250w will enable you to be consistent with the European regulations about E-bikes. With a maximum speed of 25km/h, you’ll have the ideal electric bike to cruise around in the city or the countryside. In terms of torque, it already gives you 80Nm, twice more than a wheel motor of 250w. It will please any user who likes to cycle around at a reasonable speed.

For the less reasonable among you, Le Cafe Racer 500w reaches the speed of 35-40km/h and a torque of 120Nm, a nice toy that will need some time to handle, especially at the start… The BBS 750W version offers the same torque with 10km/h more. Whether in 500 or 750w, the bike will already thrill you.

The best of the best is Le Cafe Racer BBS HD 1000w: a racing bike, a rocket, the best speed bike ever. The speed: 50km/h. The torque? Absolutely amazing with its 160Nm! Let’s just say that it’s not a bike to put in any hands. It’s the most powerful version of our bike and the one that will please the most demanding users. An electric bike yes, but an electric bike that blows you away!

When the bike will be launched, it’s you (or a local fitter) who will fit the bike with the electric motor that best fits your needs. Setting up an electric motor on a bike is accessible to any DIYer and the Aevon Bikes Team has planned everything to help you:

And if that’s not enough you can just call or email our team to ask for help.

About the autonomy, same principle: you choose!

From 40km for the smallest battery to 150km for the most powerful, the Lithium batteries planned for Le Cafe Racer are entirely assembled by the Aevon Bikes Team directly in our workshop in Bordeaux: French quality, perfect finishing touches, it’s a work of art, just what was needed for the bike.

So, with or without an electric motor?