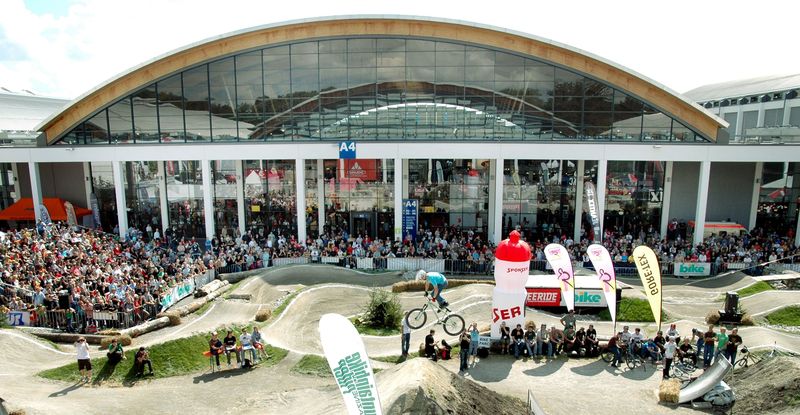 2020 will find our team and our bike Le Cafe Racer at various shows dedicated to the bike, the E-bike and the motorbike in France and in Europe. A few weeks before its official launch, Le Cafe Racer needs to mingle with the crowd to recreate the deep enthusiasm met during the last Eurobike in Germany.

The season will start with the Wheel and Waves in France: Set up at Biarritz in June, the Wheel and Waves has become a famous event in France for all fans of the café racer universe. Let’s say our bike will perfectly fit in for its first fair of the season.

The programme includes screenings, concerts, the official opening of a skatepark at Biarritz or even: the Backyard Project 2020, a motorbike custom contest which highlights the creativity of motorbike finishers whether they are amateurs or professionals. Equipped with a thermal or an electric motor, whether it’s a bobber, a chopper, a café racer or a scrambler, it’s the global design of the motorbike which will be judged and exposed during the festival. A jury composed of professionals, journalists and designers, will designate the winner on the last day of the event along the public’s vote.

The Eurobike in Germany:

Le Cafe Racer was officially unveiled at the 2019 edition of the Eurobike, it will be there again in September 2020. This time, we’ll make sure you can test various different versions of our bike.

The Eurobike is THE international show for the bike, the electric bike and all types of bike accessories. It’s a place where professional of the bike industry get to meet and it’s open to the public on the last day. The programme includes: BMX shows, discussion groups about the future of the E-bike, the presentation of the year’s innovation and the meeting of cyclist champions.

That’s where all the novelties of the bike industry are officially shown to the world. In 2019, Le Cafe Racer was a success among bloggers and Youtubers who didn’t hesitate to talk about it on their social media. It’s also thanks to them that Le Cafe Racer met such passion so soon, months before its official launch.

The Midnight Garage Festival in Paris : This Parisian festival is dedicated to the urban and custom universe with an exhibition of motorbikes, pop up stores and food trucks.

At the origin of this festival, the team 4h10 is a team fan of old motorbikes who have an online shop and a website dedicated to the custom universe.

The Eicma in Italy

At Milan in November, the Eicma is a gigantic fair with more than 500 00 visitors during the last edition. It’s mostly dedicated to the motorbike but it also offers a great space for the bike.

The Eicma organizes multiple events: competitions on tracks, concerts, press conferences and workshops. It’s a place dedicated to the motorbike lifestyle since 1914!

We will make sure to confirm we are present on each of these events very soon. Don’t hesitate to come and meet us there and test Le Cafe Racer.