The history of the café racer 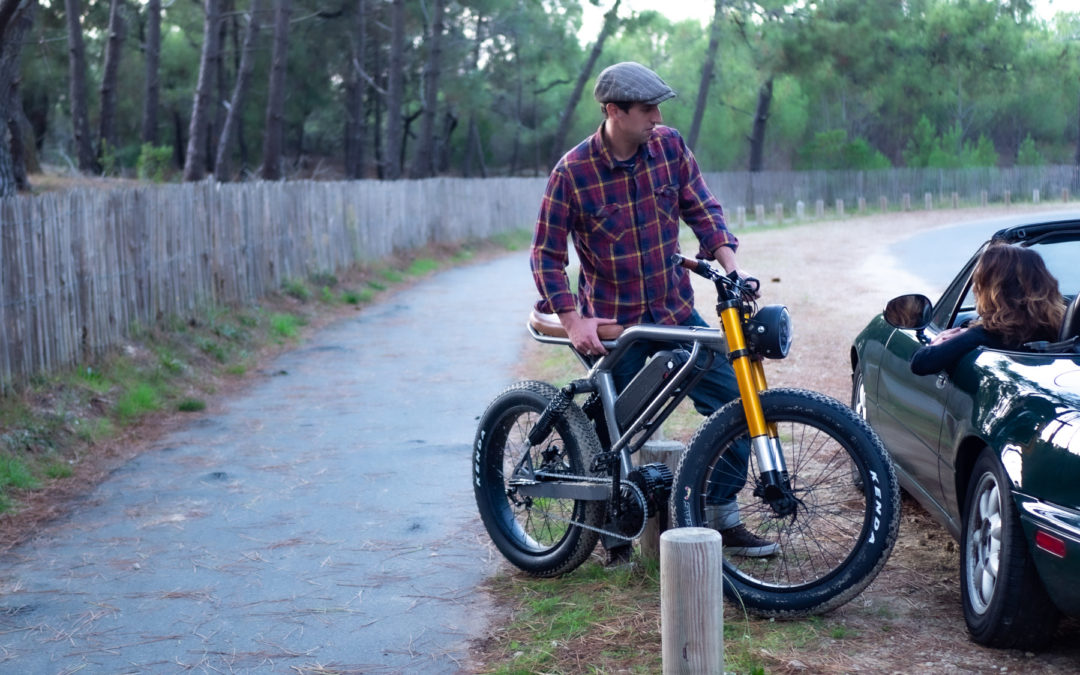 The words ‘café racer‘ come from the English counterculture of the 60s, particularly from cities like Waford and London. It describes a certain type of motorbikes but also a certain style and culture.

In ‘café racer‘ you find the word ‘race’. In the 60s, a café racer was a plain motorbike used to drive from one café to another along English roads. The goal of a café racer was to make the round trip between both cafés before the end of a song played on the juke box. The loser would offer the next round, of cafés of course.

These motorcyclists used their motorbikes as signs of rebellion. They even listened to rock n’ roll! To improve the performances of the motorbike, you had to strip it from all accessories. They would use a single seat and put a right handlebar directly on the fork to make it easier to handle and to limit the wind factor. All unecessary weight and accessories were removed and the motorbike was prepared to reach the best power. In the 60s, the goal was to reach 100m/h.

These motorbikes were equipped with gas tanks made in aluminium and left untreated, with no paint. Remember that the café racer appear in Europe after the war so the finances were quite limited. Today this type of vintage gas tank has become fashionable. Here is a model currently sold at Elya’s Motorshop : The café racer is quite close to motorbikes such as choppers or bobbers from the USA used by war veteran after the second World War. They used military motorbikes and removed anything that wasn’t necessary to improve their performances.

Americans favored speed and lightness. Europeans focused on speed but also handling ability. This is due to the American roads, mainly linear, whereas European roads are more sinuous. Fans of café racers would stop for a coffee. Fans of choppers were more likely to stop for an alcoholic drink.

Today, the term ‘café racer‘ has become popular and many manufacturers use it to describe a motorbike range. For this new generation of motorbikes, the goal is no longer to improve the performances, the handling ability or the speed but essentially to get this vintage design that you can then customize as you wish. Here is an exemple of a Ducati SportClassic: In terms of appearance, café racer fans had to respect certain precise rules. Café racer fans of the 21st century wear low-rise jeans, leather boots, a checked shirt and black or brown leather jackets . We’re lucky to have some vintage fans with the right outfits in our Aevon Bikes team!

Our bike Le Cafe Racer uses some of the codes of the café racer universe to adapt them to the world of the bike. When you ask us if Le Cafe Racer is a bike or a motorbike, that’s why we answer that it’s neither one or maybe a little bit of both :-).